Things Are Evolving: Musical Project In the Making 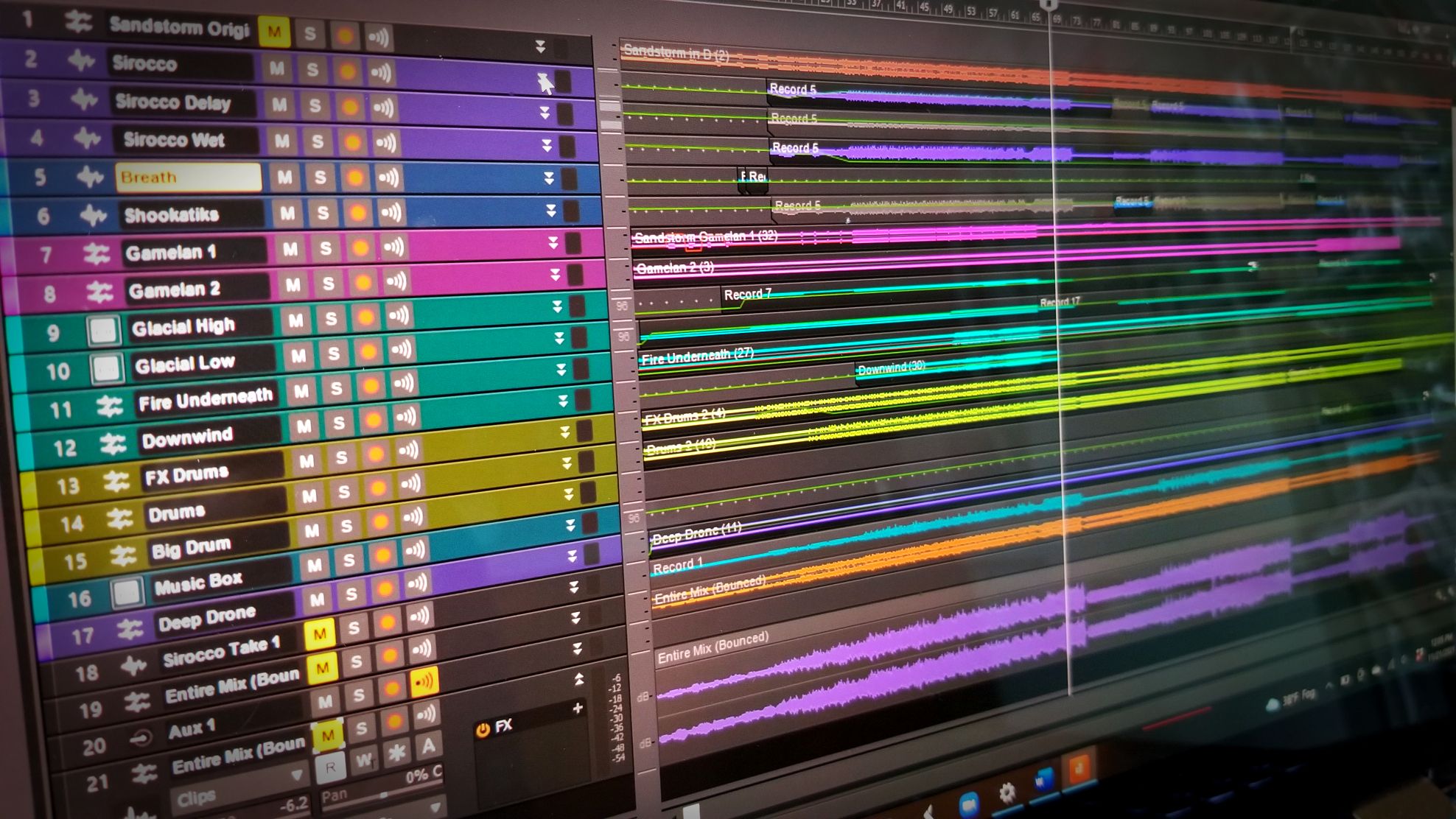 It can go without saying that the most challenging part of composing for didgeridoo is coming up with consistently interesting music for the listener who is not as familiar with this ancient instrument. This is one reason why I like writing for it. It challenges me to use rhythms, harmonies through using vocals, mouth shapes to synthesize sound organically, rhythmic and compositional textures as well as recording techniques and effects as part of the compositional process to write songs that are more than just primal rhythms strung together. The first didegridoo album I ever heard - Rainbow Serpent by David Hudson and Steve Roach - has been highly influential to me to explore didgeridoo's capabilities when it comes to songwriting. I first heard this album in 2005 and it opened a door for me to really dive in and explore my own gifts as a composer. The result has been seven distinctly different albums over the last 16 years that reflect the evolution of being a composer for didgeridoo. When I listen to the album TreeSpeak (2008) next to Coming Full Circle (2020), they sound like two entirely different players and two entirely different composers to me. In my estimation, that's just as it should be.

Approaching didgeridoo from a composer's standpoint has allowed me to explore rhythm in place of melody, exploring sonic landscapes in place of harmonies and using vocals to sing through the didge to harmonize with it. It's been satifying work that often leads me down the rabbit hole of turning into somewhat of a sonic mad scientist. The evolution I've been experiencing has been nothing short of magical. Listening to bands like Sigur Ros, Dead Can Dance and Hammock and artists like Nitin Sawney, Jonsi and Amon Tobin are opening me up to exploring new ideas of writing for didge in ways I didn't think were possible. After a bit of exploration I can safely say, it's possible. By doing this, I feel like I've started the next leg of this journey as a composer by marrying my love of classical and film music together with didgeridoo.

For the past 10 years, I've dabbled with the idea of playing keyboard with didgeridoo at the same time. For the past few weeks, I've been reviving this idea by sitting down and just letting things evolve organically. It's been satifying work that often leads me down the rabbithole of becoming somewhat of a sonic mad scientist fitting together puzzle pieces of ideas some of which have been working. I've been using a couple of my own songs, Walking Under Cedars and Sandstorm as spring boards for this new chapter of my journey as a composer. At the moment, I'm feeling that Sandstorm in particular is the seed for a larger project, which is unfolding in front of me as I write this. It's an exciting time and I'm looking forward to sharing more or of this journey as it unfolds here on this blog and social media as well as my Patreon membership site where I'll share directly with my members through videos, music samples, behind the scenes looks, chats and whatever else I can think of.

Before I go, I just want to say thank you to Gerhard, Tom, Daniel, Elisabeth and Randy for your purchase of Sandstorm. I know purchasing a single may not seem earth shattering but your support has helped so much to buoy my spirit. If you haven’t checked Sandstorm out yet, you can do so here. If you choose to download Sandstorm, you can set your own price and all of the money goes to help me develop this project further.

Thank you so much for reading this.

Take care all and be well,